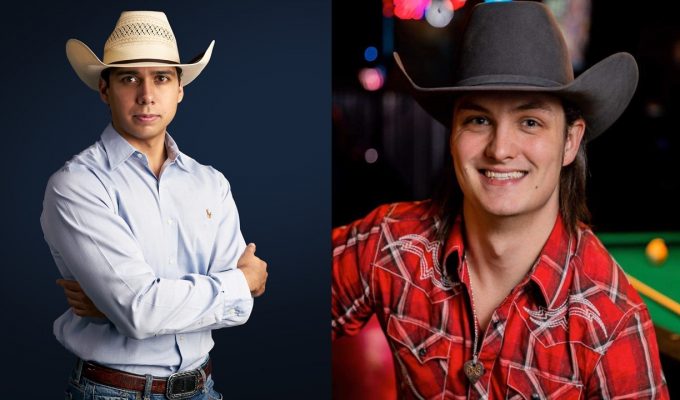 Trey’s recent single ‘Down Like This’ shows a refined tone and style to Trey’s sound. There’s a lot more than what meets the eye with Country Artist Trey Gonzalez. From his worn hat and boots, dark brown eyes, and light-hearted smile, you would never think a deep sense of ambition was burning in the young cowboy’s heart.  Born and raised in San Antonio, Texas, Trey grew up listening to country music in an ’01 Ford F-150 where he sang along to the likes of George Strait and Alan Jackson. As time would pass, he began to enjoy the tones of Eric Church, Easton Corbin, Luke Bryan, and Cody Johnson. Trey finally found his way onto the Texas Country Scene his senior year of college. Driven by pure ambition, Trey started performing in San Antonio and the surrounding area. Soon after starting his band, Trey produced his first EP The Journey. The EP served as a good stepping stone to help Trey acclimate with the scene and play in some of the larger venues in his region.

Born and raised in Sanger, TX, Daniel Sampley grew up on a small ranch and learned almost everything there is to know about country life. Joining the Marine Corps right out of high school and then deciding to move on in 2018, he started pursuing music full time in February of 2019. He displays through his music, his life experiences from growing up in a small town and the adventures the United States military took him on. Combining traditional country with a more modern punch, it’s surely something every country listener will fall in love with and enjoy.