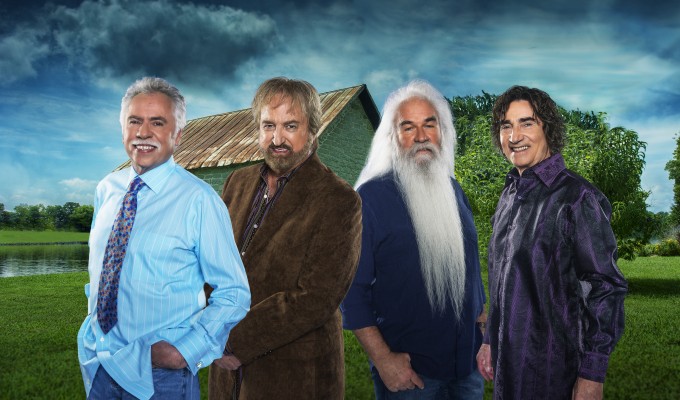 The two, along with tenor Joe Bonsall and baritone William Lee Golden, comprise one of Country’s truly legendary acts. Their string of hits includes the Country-Pop chart-topper Elvira, as well as Bobbie Sue, Dream On, Thank God For Kids, American Made, I Guess It Never Hurts To Hurt Sometimes, Fancy Free, Gonna Take A Lot Of River and many others. In 2009, they covered a White Stripes song, receiving accolades from Rock reviewers.