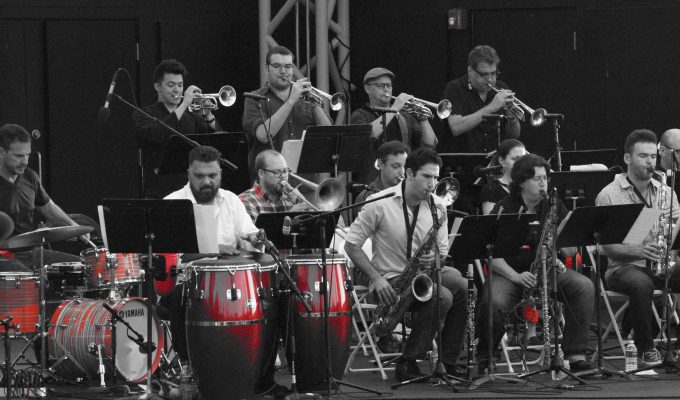 “Listening to the exquisite playing and arranging of the Afro Bop Alliance is always an experience. The mix they’ve achieved is so balanced that you never feel that the music is too Latin to be jazz or too jazzy to be Latin.” Paquito D’Rivera

Latin Grammy Award winning Afro Bop Alliance (ABA) is an Afro-Cuban jazz ensemble based in Washington, DC, who was received Latin Jazz Album of the Year at the 9th Annual Latin Grammy Awards in 2008 for the recording “Afro Bop Alliance, featuring Dave Samuels,” which was released on the Heads-Up label. This recording was also nominated for a Grammy in the same category that same year.