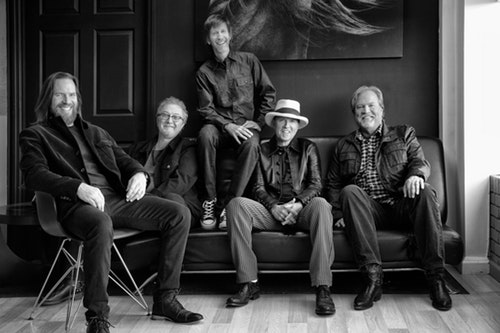 “There were five of us thinking that we can
This is the life and times of a travelin’ band…”
Those words end the first verse of the title track to Sawyer Brown’s new CD Travelin’ Band. The life and times of a traveling band—if ever there were a band who is well qualified to paint a picture of what it means to be a travelin’ band, it’s Sawyer Brown. Founded in 1981, the band celebrates its 30th anniversary this year, having played more than 4000 shows over the course of those years, logging mileage well into the seven figures. And as the band clearly shows in its new CD, the wheels are still turning and an ever-open road stretches out ahead.