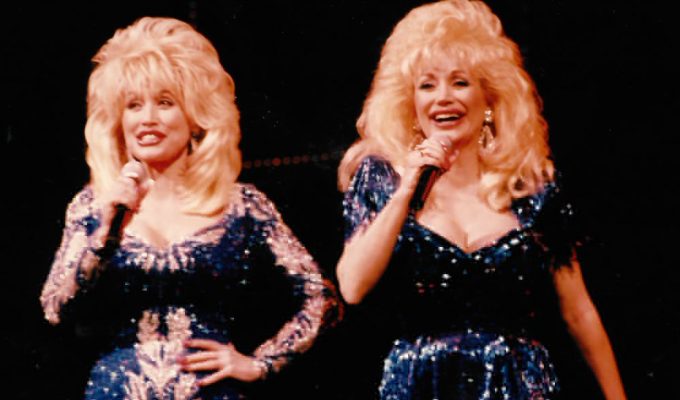 Sandy Anderson traded in working 9 to 5 for singing “9 to 5” when she began her award-winning tribute to Dolly Parton a decade ago. The Las Vegas-based entertainer has even performed a duet with Dolly herself – the two of them charming fans at Dollywood with a sassy version of “Anything You Can Do I Can Do Better.” She has portrayed Dolly with the world-famous Legends in Concert show at such illustrious venues as the Imperial Palace and Harrah’s in Las Vegas, The Grand Palace in Branson, and the Legends Theater in Myrtle Beach, SC.
Sandy truly becomes Dolly when she performs. Her glamorous costumes and wigs create a striking visual resemblance to the Country Music icon and her singing voice is a dead-ringer for Dolly’s; setting the stage for a very memorable performance. She even includes the trademark Dolly comedy routine, which begins with, “It costs a lot of money to look this cheap.” In any setting, from personal appearances to corporate events to Vegas-style shows, Sandy’s talent and professionalism allow her to thrill an audience.