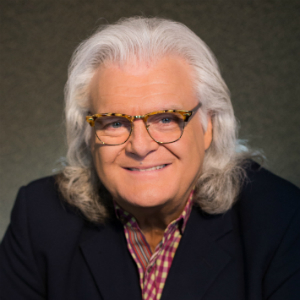 A life full of music. That’s the story of Ricky Skaggs. By age twenty-one, he was already considered a “recognized master” of one of America’s most demanding art forms, but his career took him in other directions, catapulting him to popularity and success in the mainstream of country music. His life’s path has taken him to various musical genres, from where it all began in bluegrass music, to striking out on new musical journeys, while still leaving his musical roots intact.

Ricky Skaggs has often said that he is “just trying to make a living” playing the music he loves. But it’s clear that his passion for bluegrass puts him in the position to bring this lively, distinctively American form of music out of isolation and into the ears and hearts of audiences across the country and around the world. Ricky Skaggs is always forging ahead with cross-cultural, genre-bending musical ideas and inspirations.