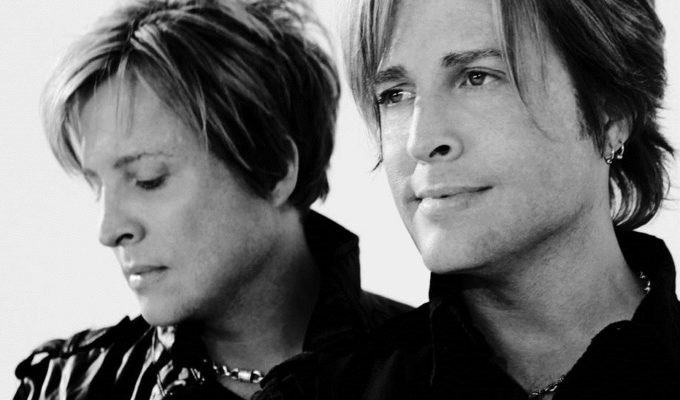 Perhaps the most televised rock star in history, the twins legendary father Ricky Nelson emerged from the TV series’ popularity to establish himself as one of the most important rock artists of the ‘50s and ‘60s with over 200 million career record sales. Rick Nelson is in the Rock & Roll Hall of Fame credited with founding the country rock music genre.
The world maintains its fascination with America’s First Family of Entertainment, the Nelsons.
A&E channel’s Nelson Family “Biography” episode is still one of the top-rated ‘Biography’ installments. Matthew & Gunnar embraced this fascination by creating a touring show to celebrate the TV Nelsons and the amazing career of their legendary father, Ricky, for whom LIFE magazine coined the phrase “Teen idol”. They share video clips & tell stories about their Hollywood family and perform their Pop’s music live to audiences in RICKY NELSON REMEMBERED while separately touring as “NELSON”.