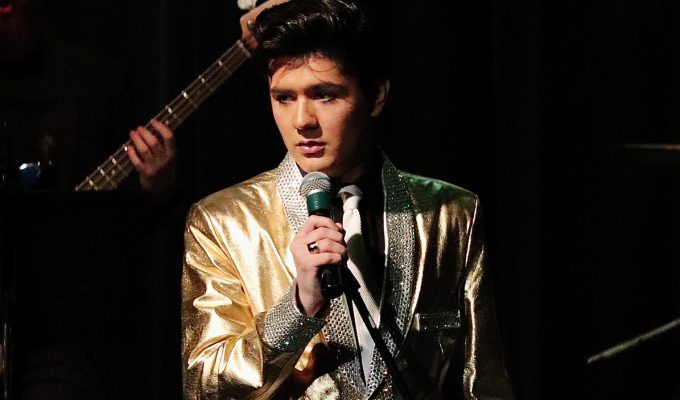 Moses Snow is a 17-year-old shining star from Decatur, Texas. He has been singing Elvis Presley’s music for three short years. One night at Dove Creek Cafe in Roanoke, Texas, An Elvis Tribute Artist named James Wages gave Moses his start at performing by letting him sing every other Tuesday at the Cafe. Since then Moses has performed at many shows in state and out of state and internationally. He has also been in a few competitions. In 2018, he won Images of the King Non-pro World Championship as well as fan-favorite, in Memphis, Tennessee. In addition, Moses took first place in the Elvis Extravaganza, at the Oklahoma State Fair and also at the National Finals, in West Palm Beach, Florida at the Elvis Extravaganza where he took Over All winner and Most Sound Alike Elvis Presley.

Just in June,2019, Moses won in Penticton, Canada first place and also people’s choice award. Moses has the Elvis moves, facial expressions and eye contact is equal to that of the 1950’s young up and coming Elvis Presley. His performance will take you back to the 50’s in Memphis, Tennessee when Elvis’ raw talent hit the radio really getting kids into the Rock ‘n’ Roll genre of music. Moses has such raw talent and such a very sweet, loving, pure personality as that of the young Elvis. He loves to sing and learn as much as possible about Elvis Presley. He will for sure melt your heart and you will be blown away by Moses Snow. He will continue to keep the memory of Elvis Presley alive as Moses has been performing in places such as Germany, Switzerland, and Canada with many more fantastic shows to come.

You can see him on YouTube by searching Moses Snow, and his Facebook fan page at Moses Snow Fan Page.