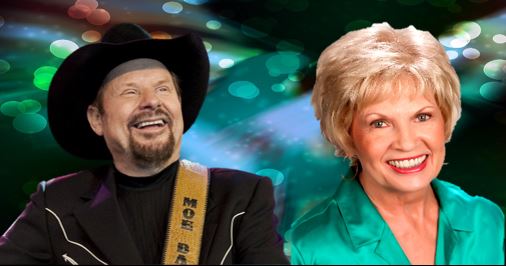 Moe Bandy’s long string of hits include “Bandy The Rodeo Clown”, “Hank Williams, You Wrote My Life”, “Till I’m Too Old To Die young”, “Americana”, “It’s A Cheatin’ Situation”, “Just good Ol’ Boys”, “Barstool Mountain”, “I Cheated Me Right Out of You”, “I Just Started Hatin’ Cheatin’ Songs Today”, “Rodeo Romeo”, “You Haven’t Heard the Last of Me”, “Holding The Bag” And dozens of other chart-toppers.

Whether writing, recording new songs or traveling the world performing. Moe keeps one of the busiest schedules in show business. Some of his noteworthy accomplishments are 10 # 1 Hits, 40 Top Ten Hits, 66 Chart Hits, 5 Gold Albums, ACM Song of The Year, ACM most Promising Male Vocalist of the Year, American Video of the year, ACM and CMA Duet of the Year.

In 1960, Norma Jean moved to Nashville and joined the Porter Wagoner television show. The exposure that she received on television across the country and through personal appearances with Wagoner allowed her career to soar. She signed with RCA Records in 1963 and joined Nashville’s Grand Ole Opry the same year.

Wagoner would bring Norma one of her biggest hits in 1963 with “Let’s Go All The Way,” a song about setting a wedding date. She followed that with twenty-seven albums for RCA including hit singles like “”I Wouldn’t Buy A Used Car From Him” “Go Cat Go” “Don’t Let The Doorknob Hit You” “I Cried All The Way To The Bank” “I’m A Walking Advertisement For The Blues” and her highest charting song “A Game Of Triangles” with Bobby Bare and Liz Anderson in 1966. 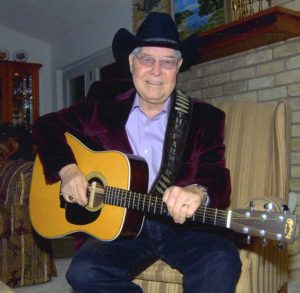 Miller wrote and recorded “Black Land Farmer” and it became a huge hit. It landed in the Top Five and earned Miller a Grammy Award. Miller was honored with Cashbox’s Most Promising Country Artist for 1960. He joined the Louisiana Hayride and made frequent appearances on the Grand Ole Opry. Several other hits followed including “Family Man” which reached number 7 in October 1959, “Baby Rocked Her Dolly,” “A Little South of Memphis,” “Too Hot To Handle,” “Poppin Johnny” and “Losing By A Hair.”