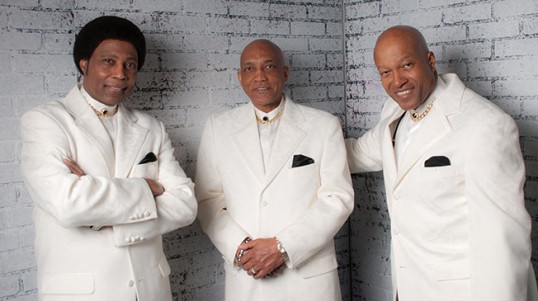 Three former lead singers from three of the world’s most renowned vocal groups… which collectively have sold over 100 million records  …“The Temptations”, “The Platters”, and “The Drifters”… have come together to create the ultimate musical experience, “Leonard, Coleman & Blunt.”

Most recently, “Leonard, Coleman & Blunt” wowed the audience at the re-opening of the famed Howard Theater in Washington D.C.  Their “Motown Tribute”, arranged and produced by Award winning producer, George Duke, brought the audience and legendary honoree, Berry Gordy, to their feet.  The same week, the group performed in the Annual Cherry Blossom Parade, which was aired on ABC-TV, to rave reviews.  They were also featured at the TV-One/Radio One Christmas Gala for its legendary founder, Cathy Hughes.

“Leonard, Coleman & Blunt” is proud to note that as a former member of the legendary Temptations Glenn Leonard has, recently, been inducted into the R&B Music Hall of Fame.  We are equally proud that Joe Blunt was awarded a Lifetime Achievement Award by Sony Music for his work with the Drifters, and recently received a Gold Disk for his contribution to the Sony Music compilation  CD, “The Drifters – Up On The Roof – The Very Best OF”.

Reminisce as “Leonard, Coleman & Blunt” return you to the days of rhythm and romance…to an era when “The Temptations,”

“The Platters” and “The Drifters,” ruled the airwaves and brought joy to millions through their music.