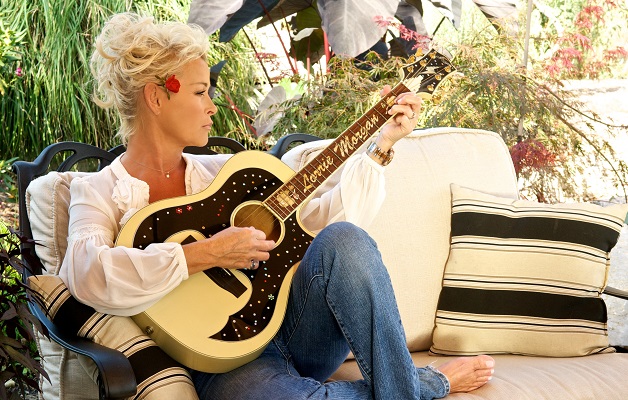 One of the most eloquently emotive country vocalists of modern times…

Lorrie Morgan, the first woman in her genre to begin her career with three consecutive Platinum albums, re-emerges on Shanachie Entertainment with Letting Go….Slow. It is a collection that showcases a rainbow of emotions, from darkest heartache to bright, shiny humor. “Where I am in my life right now, I’m not afraid to express what I feel, or what I don’t feel,” she comments about the collection’s varied moods. “I’m not afraid to express my views on anything, especially on being a woman.

“I have been a daughter, a bride, a mother, a divorcee, a widow, a single mother, a breadwinner and, ultimately, a survivor. In many ways, I am a living, breathing country song, and I know what I sing.

Morgan has long been the envy of her peers for her lustrous vocal phrasing and the down-to-earth believability of her torchy performances. On records such as “A Picture of Me Without You” and “I Guess You Had to Be There,” she ached with pain. She was feisty and sassy in “Watch Me,” “What Part of No” “Five Minutes” and “I Didn’t Know My Own Strength.” She has kicked up her stiletto heels in fun on her hits “Except for Monday” and “Go Away.” On her epic “Something in Red” she was an anguished, struggling every woman.