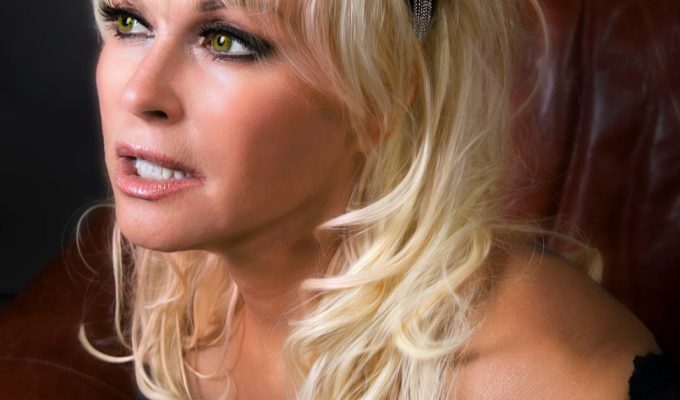 Songstress Lorrie Morgan has sold over 8 million records including 14 top ten hits, 12 recorded albums and 4 Female Vocalist of the Year awards. She made her mark with what have now become timeless country standards, “Five Minutes”, “Except For Monday”, “Something In Red”, “Watch Me” and “What Part of No”, to establish her place as a country star-a madern woman making country music history.

One of the most eloquently emotive country vocalists of modern times is launching her first new solo album in five years.

Lorrie Morgan, the first woman in her genre to begin her career with three consecutive Platinum albums, re-emerges on Shanachie Entertainment with Letting Go….Slow. It is a collection that showcases a rainbow of emotions, from darkest heartache to bright, shiny humor. “Where I am in my life right now, I’m not afraid to express what I feel, or what I don’t feel,” she comments about the collection’s varied moods. “I’m not afraid to express my views on anything, especially on being a woman.

“I have been a daughter, a bride, a mother, a divorcee, a widow, a single mother, a breadwinner and, ultimately, a survivor. In many ways, I am a living, breathing country song, and I know what I sing.

Jesse Keith Whitley, With music in his blood, the son of country music legends Lorrie Morgan and the late Keith Whitley, along with his grandfather George Morgan, it is no surprise that Jesse Keith Whitley is destined for stardom. At the ripe age of 25, he has already accomplished most of what some artists only dream of. He has performed at the Country Music Festival “Jamboree in the Hills”, to a crowd of 82,000 plus. Jesse has also shared the stage and opened for some of his biggest inspirations and friends: Andy Griggs, Mark Chestnut, Sammy Kershaw, John Michael-Montgomery, Lorrie Morgan, Ashlee Hewitt, Eric Lee Beddingfield, Daryle Singletary, Little Big Town, Rascal Flatts, Eli Young Band, and many more.