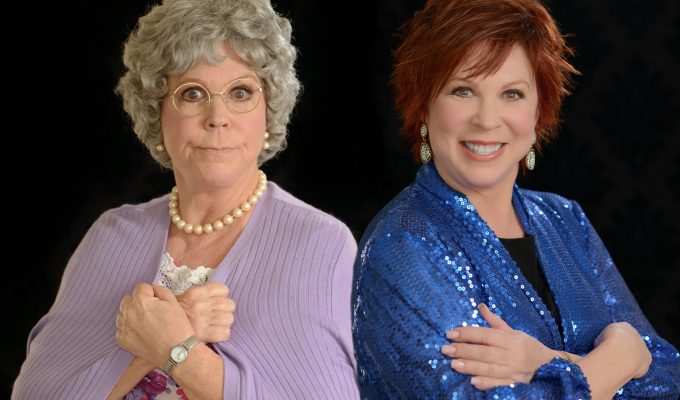 Lawrence has multiple Emmy Award nominations, winning one in 1976. She is a multiple Golden Globe nominee, all for The Carol Burnett Show. In 1973, Lawrence recorded the hit song “The Night the Lights Went Out in Georgia.” It reached Number One on both the United States and Canada top charts.

In the past, Lawrence hosted a popular game show, Win, Lose or Draw, her own daytime talk show, Vicki!, and appeared in many theatre productions. She was the only talk show host since Oprah to be nominated for a Daytime Emmy in her freshman year.

Through the years Lawrence has made appearances on other television programs, such as Laverne & Shirley, Major Dad, Roseanne, Hannah Montana, and Yes, Dear. Lawrence has also appeared with Burnett, Korman, and Tim Conway in the Burnett show retrospectives. Lawrence most recently co-starred in the popular FOX-TV 2018 comedy series The Cool Kids. Lawrence’s co-stars in The Cool Kids were David Alan Grier, Martin Mull and Leslie Jordan.

On stage Vicki has appeared in numerous productions, including Carousel, Send Me No Flowers, No, No, Nanette, Chapter Two, Hello Dolly, I’m Getting My Act Together and Taking It ON The Road, Annie Get Your Gun and live from the Grand Ole Opry, Nunsense 3: The Jamboree which aired on TNN.

Vicki is not only a successful actress, she also is involved in many causes close to her. She was the honorary head of the D.A.R.E program, raised money to protect widows and families of slain police officers in Long Beach, CA, supports the Humane Society and works with the American Heart Association as well as WALK FOR THE CURE. Her efforts to protect women’s rights were recognized in 1988 when Vicki was the first woman to be honored as “Person of the Year” by the Coalition of Labor Union Women.