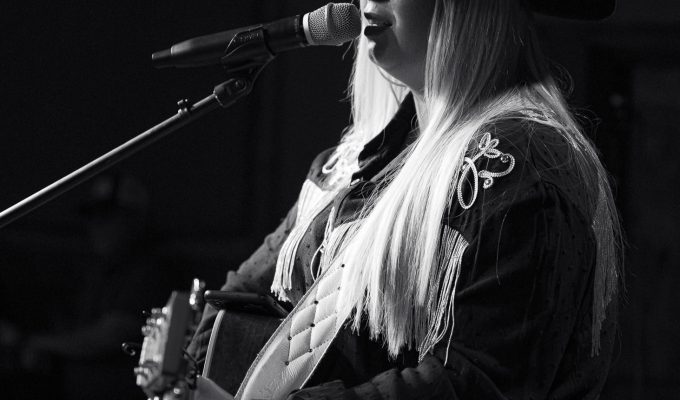 Singer/songwriter, Bailey Rae, is an eighteen-year-old emerging country artist with a true passion for preserving classic country music, mixing it with a little red dirt country grit. Most recently, Bailey Rae was a member of Team Legend on Season 19 of NBC’s The Voice, becoming part of the Top 9 and having the honor of being the first country artist on Coach John Legend’s team.

This small town Oklahoma girl calls Texas her second home and was named the 2020-2021 Ambassador for the Texas Country Music Hall of Fame in Carthage, Texas. Bailey Rae has always been drawn to the big stage and discovered her love for performing at age five when she started as a competitive clogger. She won several National Championships and even competed at a World Dance Championship competition with her clogging team where they placed in the finals. Bailey Rae had been singing in church for years and after hearing of a vocal coach in Denison, Texas, she began performing with the Shawnda Rains Entertainment Group. At just thirteen-years-old, while on a performance trip in Branson, Missouri, Bailey Rae discovered her true desire to sing on stage and started the pursuit of becoming a country music artist.

Bailey Rae is a Texas Country Music Awards 2020 Young Artist of the Year Nominee and a Josie Music Awards 2020 Young Adult Vocalist of the Year Nominee. Her debut single, “Never Been This Lonely” released in January 2020 and spent several weeks on the Texas Country Music Chart. Bailey Rae’s second single, “I’m In Love,” was released in June of 2020. Her music is available on all digital music platforms. Along with working on a music career of her own, Bailey Rae is a guitar, ukulele, and vocal coach for beginners at Shawnda Rains Studios in Denison, Texas. She is a veteran performer and mentor for StageStruck Performance Troupe.

As an avid collector of classic country vinyl, Bailey Rae has over a hundred albums from artists such as Dolly Parton, Ernest Tubbs, Merle Haggard and Emmylou Harris. Those albums once belonging to her great-great grandmother, discovered at a yard sale by her grandmother years ago, are by far her favorites. Even though she and her great-great grandmother never met, Bailey Rae feels connected to her through country music. And that’s the connection she hopes to pass on to her audience each time she performs on stage.