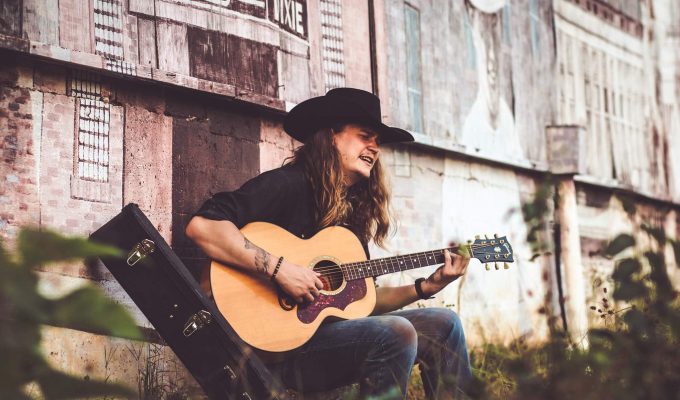 Growing up in rural east Texas, Tanner Sparks captured the heart of country music at a young age through grandpa’s collection of Merle Haggard, Willie Nelson, Waylon Jennings, and George Jones. Tanner comes from a family of musicians and followed in their footsteps, writing songs, and playing shows.

You can find the latest album, “Living a Nightmare” on Spotify, iTunes, Apple Music, Amazon Music, and YouTube.

“If you love the real country with an ancient soul, a vintage flavor, you have found a new Artist to put in your playlist,”

With deep roots in classic country, honky-tonk, southern rock and blues, Brad Russell Band is bringing their own brand of music to the masses: “Ronky-Tonk.”

“I’ve always written songs from my heart, but for me it’s all about the music.  I genuinely speak more through 6 strings and four fingers than my vocal chords,” says the band’s front man and songsmith, Brad Russell.

Their debut EP, “Fly,” was put out in 2018 to a very eager and welcoming audience.  2020 will see the release of another 6-song EP as well as a full-length, live recorded acoustic album. Their current single, “Honky Tonk Angel,” is a ronkytonk ballad to those beautiful women that  haunt the honkytonks of Texas

Our mission is simple: move the people.  Either get them moving on the dance floor or move their spirits with our music.

Be sure to follow this band for some of the hottest “Ronky-Tonk” music coming out of Texas!