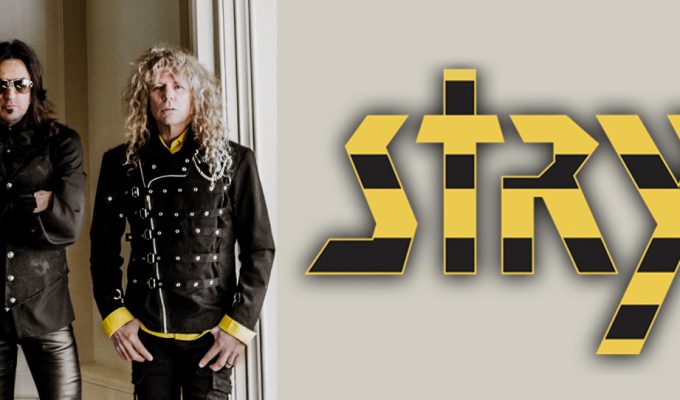 When it comes to groundbreaking bands in the Christian hard-rock genre, Stryper is renowned for its distinctive brand of “heavenly metal,” extraordinary crossover success and venerable endurance. The Grammy-Nominated and Dove Award Winning group ascended to prominence in the 1980s with Billboard Top 40 hits like “Calling on You,” “Honestly” and “Always There for You.”

Stryper’s career album sales exceed 10 million worldwide, including 1986’s multi-platinum release To Hell with the Devil. The band also made history in 1987 when it notched three songs in Dial-MTV’s Top 10 with videos “Calling On You”, “Free”, and “Honestly”, being the first band ever to have two sings in the Top 10 simultaneously.

With an amazing 19 studio albums under their belt (all of which have charged on the Billboard Charts), the band has remained very active since their reformation in 2004 with Sirius XM radio host Eddie Trunk saying Stryper is “more active than any other band from the ‘80s”

“We’re incredibly happy to continue to get to write a new chapter in the book of Stryper, We love making records and touring and consider ourselves incredibly blessed to get to do what we do.” says Michael Sweet, who has served as the band’s primary songwriter since its inception in 1983.

Through it all, Stryper continues to remain steadfast in their faith and their commitment to musical excellence. As for what the future holds, especially during these uncertain times, Sweet encourages everyone to be hopeful and prayerful. “Whatever you believe, I challenge you to bow your head, look up to heaven, and say a prayer to God,” he says. “Pray longer, pray harder and pray more often, and let’s see what happens. I guarantee it will change lives for the better.”

Catch Stryper on tour in 2022 and be on the lookout for new music from both Stryper and Michael Sweet.