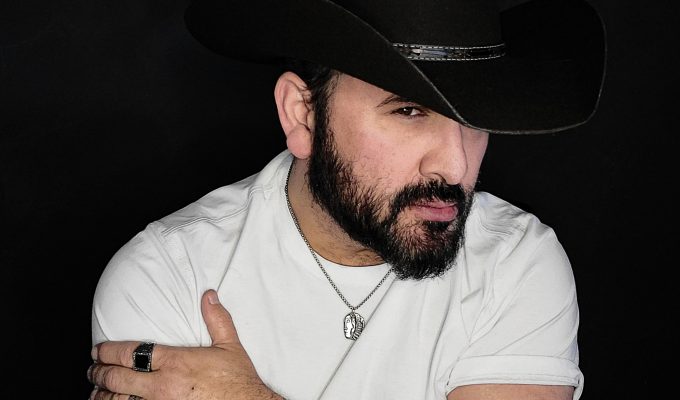 As a collection the six songs on Ray Scott’s new EP Nowhere Near Done will reach through your speakers and punch you in the heart. Individually they’ll either make you dance, cry or push down so hard on the gas pedal you could end up with a speeding ticket on your way home.

It only takes the first two songs, ‘Bottle of Whiskey’ and ‘Better as I Go’ to showcase Ray’s elite songwriting skills. Not afraid to own up to his real-life transgressions, Ray gets real about losing one wife to divorce and wanting to be a better man for the next. He may be the one singing those things out loud, but thousands of us know those same mistakes all too well.

“You can’t be afraid to be honest. You’re either going to be honest and real enough for people to be drawn to you or you’re too scared and people won’t give a shit. Sometimes it’s fun and jokes but sometimes it’s talking about things that cut deep.

“Both those songs are deeply personal. You can’t write a song like ‘Bottle of Whiskey’ any other way. I wrote it from the perspective of the whiskey talking to me, but people relate to the emotion of it. ‘All those years that you spent drunk, back when you lost your wife. I was there but man that was your fault, it damn sure wasn’t mine. I didn’t hold a gun to your head and pour myself in you. You just loved me more than her and you know that’s the truth.’ That really kicks people in the gut. I was talking to myself, but a lot of people have been there too.”

That’s not to say there isn’t fun on this EP. There isn’t a chance in hell ‘Big Ol’ World’ won’t fill a dance floor and ‘I Will’ will have every beer in the joint hoisted high in the air. Twice. But that’s the beauty of Nowhere Near Done and the bigger body of work Ray Scott has created over the years. His songs attract a different kind of audience.

“I grew up on country music that was deep rooted, gut wrenching and moved me enough to want to do this for a living. It was about adult shit and that was the beauty of it. That was the art of it. It was somebody taking their heart, ripping it out and laying it on the table for everyone to see. For the most part, I don’t hear that on country radio these days.”

“I feel like I’m entering a sweet spot of knowing who I am and how I want things to be.”

Scott Sean White makes his home these days in Poetry, Texas, a perfectly named little town for a songwriter’s songwriter. Releasing his first album, Call It Even, earlier this year, White has been storing up the raw materials that became these songs for over 40 years. He’s a storyteller both in his songs and the banter in-between songs, laying out his life experience – his faith and struggles – and intertwining it all with his craft. A staff songwriter in Nashville where he spends two weeks each month writing, performing, and recording – he recently had one of songs, “God Bless the Boy” released by the Texas country superstar Cody Johnson. It’s actually one of TWO songs Scott has on Cody’s new album – which came out in October. His own live show is starkly honest, transparent, and eye-opening, full of laughter and probably a few tears, too.