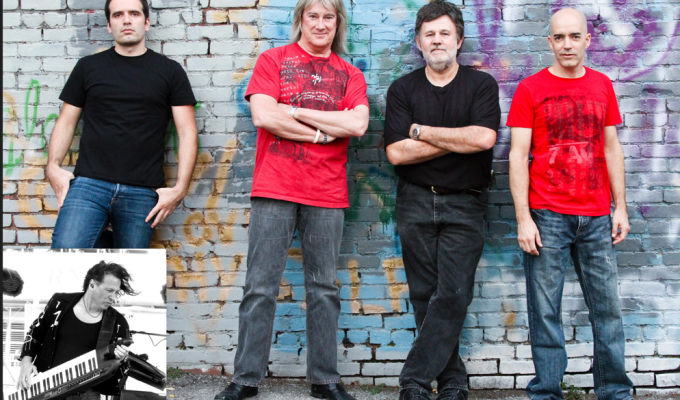 In a career spanning 50 years and over 30 albums, Contemporary Christian Rock pioneers Petra can rightfully stake a claim among the longest-running and most successful bandsin the genre they helped create from their formation in 1972.

Having won four Grammy Awards, 10 Dove Awards and reaching the #1 position on five CCM Update radio and retail charts simultaneously, Petra was inducted into the Gospel Music Hall of Fame in 2000.

With album sales running into the millions and innumerable tour dates encompassing the world, Petra became an iconic band for Christian fans of rock music, all the while never shying from a deep commitment to preaching the Gospel through music.

Now, while witnessing firsthand the continuing impact the band’s music has made on fans worldwide; Petra (Bob Hartman/John Schlitt/Greg Bailey/Cristian Borneo, and John Lawry) have announced the band will reunite for selected dates around the world in celebration of 50 years of ministry. Armed with an impressive catalog of iconic songs that defined a genre, the return of Petra promises to be an event to remember for Christian Rock fans everywhere.

The band had its humble beginnings in 1972 and now known around the world with their ministry. Petra has influenced several generations of fans. Petra is composed of five key members: Bob Hartman, John Schlitt, Greg Bailey, John Lawry, and Cristian Borneo. Bob, the author and guitarist for the band, John the lead singer, Lawry on keyboards, Greg on base, and Cristian behind the drums, together produce the songs in concert that have inspired millions around the world.