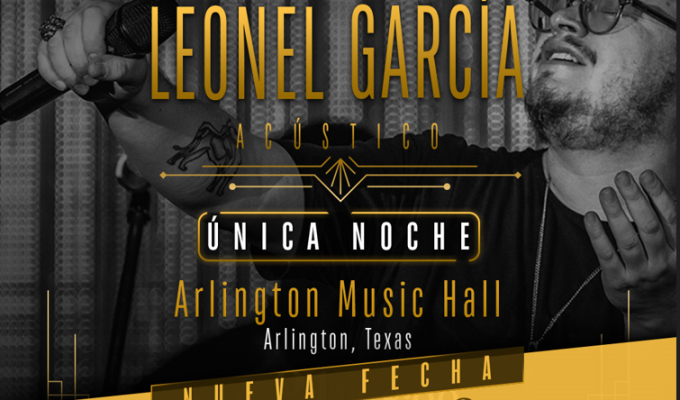 Self- taught by necessity, Leonel began to love music at a very young age thanks to the fact that his parents used it as “a glue” between moments and experiences in life. After working with several producers and learned what should and should not be done, he formed the duet Sin Bandera with Noel Schajris, who he has been working with the last eight years. Leonel has been able to get to know part of the world on a stage fueled by the energy of rhythm and blues, and gaining above all friendships and experiences as well as some awards, such as Gold, Platinum and Diamond Records, 5 Latin Grammys, American Grammy nominations, 12 Lo Nuestro Awards, Oye Awards, Billboard, ASCAP, 4 Lunas del Auditorio, MTV Video Music Awards, 2 Gold and 2 Silver Torches, Quinde of Gold and 3 Gold, and 3 Silver Gaviotas at the Viña del Mar Festival.

In 2018, besides finishing the tour with Sin Bandera, he launched a new production in which, for the first time, he worked with three different producers, Aureo Baqueiro, Martin Terefe and Rafael Arcaute. In 2019, he joined again with Noel Schajris for a successful tour along with Camila which formed the 4Latidos Tour. The tour started in California in 2019 and quickly spread into a world tour due to a high demand.In 2020 he produced and directed the album Amor Pasado, a Latin Grammy nominated album. In 2021 Leonel produced and directed 45RPM in which he also had several Latin Grammy nominations. In 2022 “Ella Y Yo”, an intimate solo album with guitar and voice recorded in one session in the Sony Music Studios in Mexico, and his latest release El Mejor Hombre Que Hay and El Fin Del Mundo, which will be part of the APPY/SAD album. Now, according to his own words, he will keep exploring music until the last day. In 2022, Leonel announced his Acustico Tour in Mexico and is now expanding to the US for the first time as a solo artist