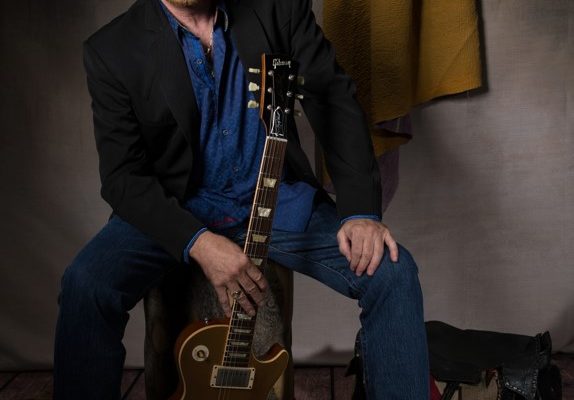 No Depression may have said it best when they called Lee Roy Parnell “a fine writer blessed with a rich, soulful vocal delivery and a blistering array of guitar chops drawn almost equally from Texas blues, Memphis soul, and Southern rock traditions.” Parnell is part of a long line of Texas roots-music eclectics and is among the elite few who can be identified as a triple threat. After honing his skills over more than a decade of playing clubs in Texas and New York, the Americana/Blues-Rock artist known for his guitar prowess (particularly slide guitar), smooth soul-drenched voice, and top-shelf songwriting skills laid a new foundation in Nashville. Parnell launched his solo career on Arista Records, which produced many country hits including “A Little Bit Of You” (#1 hit); “What Kind of Fool Do You Think I Am” & “Tender Moment” (#2 hits), and four other Top 10 hits: “Love Without Mercy,” “On The Road,” “I’m Holding My Own,” and “Heart’s Desire.” Parnell has earned two GRAMMY® Award nominations for his instrumental tracks, “Cat Walk” (with Flaco Jiménez) and “Mama, Screw Your Wig On Tight” and was nominated for the CMA Vocal Event of the Year on “John the Revelator” (with The Fairfield Four).

Parnell offers, “I love many different styles of music…but for me it all goes back to The Blues. Blue-Eyed Soul, Jazz, Rock n Roll and Country all have the same Daddy and that Daddy is The Blues. As long as it’s soulful, I’m in. Muddy Waters was right — ‘The Blues had a baby and they called it Rock n Roll!’