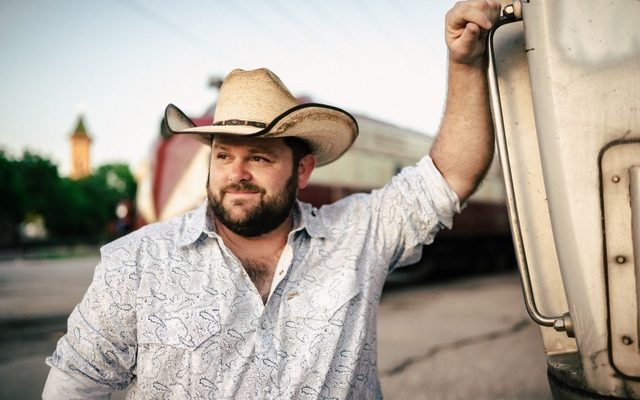 James Lann caught the music bug at an early age. “My uncle had a band,” the singer/songwriter remembers, “and I was in his truck one time. He heard me singing with the radio and thought that I should sing a couple songs with his band. Man, I was scared as can be, but it actually went over pretty well. Everybody loved it, and I got the buzz right there.”

Raised two hours from the nearest telephone on the cattle ranches of New Mexico and Arizona, Lann didn’t get the chance to grow up seeing the singers and musicians he looks up to today. “I went to a one room schoolhouse with no electricity and eight kids in it,” he says. “We pumped all of our water out of a creek, and that’s what we’d use in the house. We didn’t do a lot of TV watching and all that. It was a lot of classic country music that I’d listen to; 1970s and ‘80s country like Conway Twitty, Eddie Rabbit, Alabama, George Jones and Dan Seals.”

A drummer in school bands, Lann spent the better part of his teenage years focused solely on singing. “I was living on my own in an apartment in downtown Williams, Arizona,” Lann says. “I was a junior in high school, sixteen or seventeen, and I used to sneak into the bar to do karaoke every Friday and Saturday night. It was just the one thing I loved doing, so I tried to sing as often as I could.”

Lann knew singing could only take a songwriter so far, so he grabbed a guitar at the age of 18 and never looked back. A few years later he packed up his pickup truck and moved to San Antonio, Texas, before heading to Houston to start his first band, James Lann and Branded.

Brandishing a sweet country croon and the natural ability to write catchy dancehall anthems, Lann made his first break opening for such acts as Chris Cagle, Clay Walker, Clint Black, Cross Canadian Ragweed, Pat Green and many more. It wasn’t until the release of his first album “Ford ” that Lann began to get noticed for his original material. Shortly thereafter, Lann released “You’re From The Country Too,” which shot to the top of the Texas Music Charts, peaking at #5, and “Honky Tonk Two Step Queen,” his first #1 hit on the Texas chart. The latter finished as one of the ten most spun songs on Texas radio stations in 2009. James has since released 3 successful studio albums and hit the charts with his songs. 9 of his compositions have hit The Billboard Texas Regional Charts at number one.

According to James, music is important because it can pull a person through life’s hardships and create a sense of belonging and joy as well. With a firm belief in the fact that anything is possible with faith in God and music, James is a positive role model for his audience. His philosophy is simple: we only live once, so we might as well shoot for the stars.

The new album “Honky Tonks & Heartaches” was a true labor of love for James. The Album is scheduled for a spring release this year, with the New Single “Damn Strait” heading to the top of the charts.

James loves to give back to the community. He has been involved with raising money for Hurricane Harvey Victims, as well as rescuing people during that natural disaster by boat. He is a recipient of many awards, including 2016 Texas CMA Artist of the Year.

His biggest desire is to live a simple life with music and family, where God can always be found.

James has played all across the United States and all over the world including France, Spain, Germany, Russia, Lithuania, Denmark, Italy, Poland, Belgium, Austria and many more…