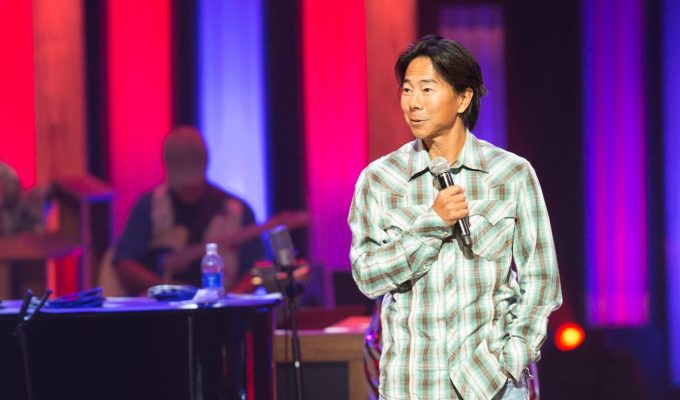 Henry’s TV credits include appearances on NBC’s The Tonight Show, CBS’s The Late, Late, Show, and NBC’s Young Comedians Special. He served two years as host of NBC’s Friday Night Videos and had many guest roles on various network sitcoms. He was co-creator, co-producer and co-writer of “The Henry Cho Show” on GAC. Henry’s one hour Comedy Central Special, “What’s That Clickin’ Noise?” is currently running and available on Netflix. Henry can regularly be heard on Sirrus, XM, Blue Collar Radio and Pandora. He’s also a regular performer at the Grand Ole Opry.

Over the course of his career, Henry has worked with Vince Gill, Amy Grant, Willie Nelson, Carrie Underwood, Reba and many others. Henry’s clean comedy is so versatile that he can headline Vegas and then tour with Michael W. Smith.