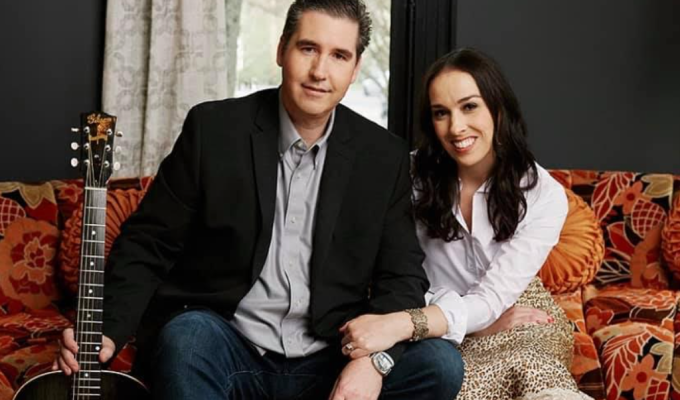 Armed with the talents of the proverbial Triple Threat of uniquely distinctive singing, commanding instrumental skills, and accomplished songwriting, Darin and Brooke continue to ascend to new heights in the industry while maintaining their easy-going, down-to-earth connection with audiences everywhere. Brooke, a former runner-up on TV’s Nashville Star, is a four-time consecutive winner and reigning Female Vocalist of the Year for the International Bluegrass Music Association (IBMA). She is nominated for a fifth time in 2021. Once a six-year member of The Country Gentlemen with the late Charlie Waller, Darin is a former IBMA Mentor of the Year and a truly gifted singer and multi-instrumentalist. Together with their band – Billy Gee on bass, Samantha Snyder on fiddle, and Jacob Metz on banjo and resonator guitar – Darin and Brooke have been recognized with the IBMA’s nomination for 2021 Vocal Group of the Year. They have had multiple nominations over the years from the IBMA, the Society for the Preservation of Bluegrass Music of America (SPBGMA), and the Inspirational Country Music Association. They have enjoyed top spots on the Billboard, SiriusXM, Bluegrass Today, Bluegrass Unlimited, Americana/Roots, and Gospel charts. Their music videos have been featured on Country Music Television (CMT), CMT Edge, Great American Country (GAC), Bluegrass Ridge TV, and The Bluegrass Situation. Their television appearances include PBS’ Mountain Stage, Songs of the Mountain and Music City Roots; RFD-TV’s Larry’s Country Diner, Country’s Family Reunion, and The Woodsongs Old Time Radio Hour; Great American Gospel, The Bluegrass Road, and Blue Highways TV. Their long-held dream to one day play the Grand Ole Opry came true on July 4, 2017, and since then, they have graced the Opry stage more than 30 times.