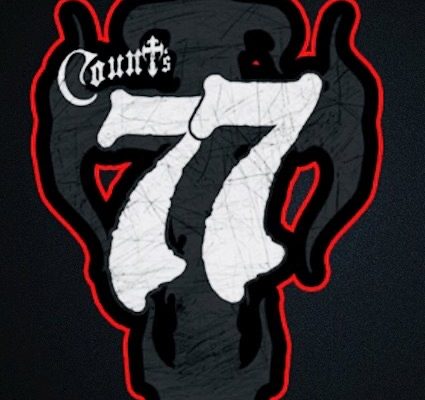 LAS VEGAS, NV. — With roots in 70’s hard rock, Count’s 77 is further powered by the twin guitar team of Stoney Curtis and John Zito, the former of whom has an international following as a recording and touring blues guitarist. With musical roots as diverse as Thin Lizzy, Foghat, The Allman Brothers and Led Zeppelin, Count’s 77 stands poised to be one of the leaders of the new classic rock revival. Soul Transfusion is the logical step forward in this stellar hard rock band’s recording career whose first record received critically acclaim internationally and established the band as one of the most promising new hard rock bands on the scene. The band recently completed their first video of their song “Summer of 77”.

Danny “Count” Koker, is Count’s 77’s charismatic front man and was singing long before he came into international fame as the owner of Count’s Kustoms, his Las Vegas-based hotrod and chopper shop which is the subject of History’s hit TV show “Counting Cars” where the band was featured performing live with George Lynch.

Stoney Curtis, lead guitarist for Count’s 77, has amassed an international following as a recording and touring blues guitarist, releasing a steady flow of product for the last ten plus years, with international airplay and CD’s which consistently have made Amazon.com’s blues charts. Tommy Paris, is not only the band’s incredible keyboardist but he has been known internationally for nearly 25 years as the lead singer of platinum rockers Britny Fox. Rhythm and slide guitarist John Zito forged a career on the LA rock scene before bonding with Koker and Curtis. Virtuoso rock bassist Barry Barnes, having played bass in the critically acclaimed show “Rock Of Ages” and powerhouse drummer Paul Disibio form the rhythm section with strength and authority.

A lot of great things have happened for the band since their self-titled release in 2014. The band has played a series of charity shows for war veterans, drawing 5,000 to 10,000 people per event. They also performed at the Les Paul 100th Anniversary Party at the Hard Rock in Times Square with acts such as Steve Miller, Joe Bonamassa, Joe Satriani, Steve Vai and a host of other the Iridium. The band headlined nine Autorama shows and also played numeguitar legends and they were also the house band for the all star jam that ensued post party atrous large bike rallies, including Sturgis’ Full Throttle Saloon, The Roar On The Shore in Erie PA and Bike Fest in Piqua Ohio playing for up to 25,000 people per show. They also headlined The Big E in Eastern Massachusetts which events drew 5,000 to 15,000 and Ally Bank recently began their sponsorship of the band.