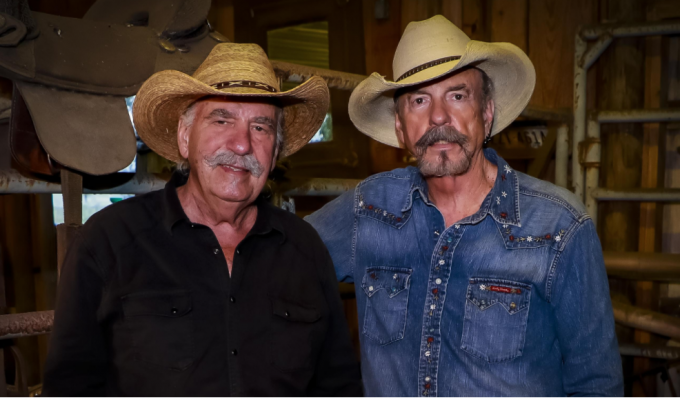 Now known by their music and the company they were keeping, The Bellamys officially lifted off the launch pad in 1976 when their single, “Let Your Love Flow,” became an instant smash in both the U.S. and Europe. It stayed on the international charts long enough to build a huge international fan base for the hip young brothers that endures to this day. In Germany alone it perched at #1 for more than two months. The love was indeed flowing as The Bellamys jammed for audiences on their sold-out concerts and shared stages with the likes of Loggins & Messina, the Doobie Brothers, and the Beach Boys., with their patented blend of rock/country music.

The Bellamy Brothers latest project is their new album titled ’40 Years’ is an ambitious project that celebrates their career with 20 of their biggest hits and then adds 20 brand new songs in this 2 cd anniversary collection.