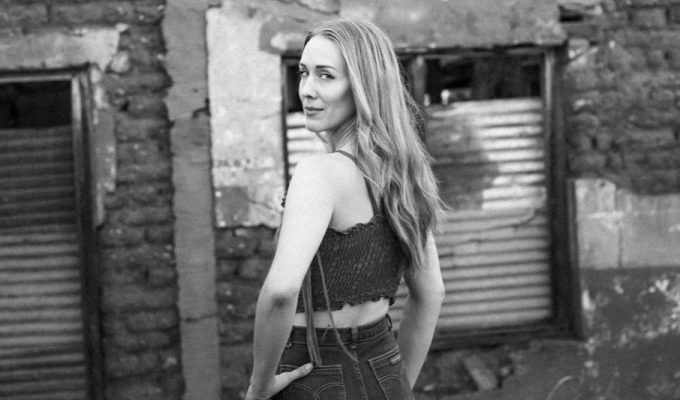 Still “Comin’ Right At Ya!” – Celebrating 50 Years of Asleep at the Wheel

The number of individual artists and bands who have sustained a thriving career for a half century is infinitesimally small. Against all odds, Asleep At the Wheel is one of these. The stars aligned in 1970 when three friends Ray Benson, Lucky Oceans and Leroy Preston moved to Paw Paw, West Virginia (it’s not a made-up place, you can look it up). It was there that their dream of forming a band began after a mutual friend gave them access to his uncle’s cabin on an apple orchard just outside of town. The three friends began to – quite literally — woodshed and found others who would join them in their mission to play old style Roots/Americana music. This was long before the genre/movement even had a name. After a trip to the outhouse, Lucky lived up to his name and suggested the band be called Asleep at the Wheel and so it was to be for the next 50 years.

Since inception, Asleep at the Wheel has been received 10 GRAMMY® Awards, was cited by the Country Music Association as 1976 Touring Band of the Year and were given a Lifetime Achievement Award by the Americana Music Association in 2009. They have released 31 albums, charted more than 20 singles on the country charts. Billboard commented on the band’s catalog most succinctly: “Everything this act has ever released is simply spectacular.

Most recently, Asleep at the Wheel has been invigorated by a fresh new lineup and the release of New Routes, their latest album that is a bracing blend of original songs and vibrant cover material along with some unanticipated new musical tangents. Asleep At the Wheel have demonstrated convincingly, that they are more relevant, enjoyable and musically nimble than at any time in its 50-year history. The 6’7” Ray Benson has been the one constant in Asleep At the Wheel since 1970. He notes, “I’ve been told that I’m relentless, so I guess I am…. I’m just doing what I believe I’m meant to do — I’m singing and playing and writing better than I ever have. My role and concept of leading a band has never changed, It’s gathering the best musicians I can find or convince to play to the best of their ability, and I just try and make the best decisions possible and kick some ass every night onstage. I’ve made it this far and don’t feel like I or the band will be slowing down anytime soon.”

Brennen Leigh is an American songwriter, guitar player, mandolin player and singer whose to-the-point storytelling style has elevated her to cult icon status in Europe, Scandinavia, across the United States, South America and the United Kingdom. Her songs have been recorded by Lee Ann Womack, Rodney Crowell, Sunny Sweeney, Charley Crockett, and many others. As renowned for her musicianship as for her writing, it’s easy to see how Leigh caught the ear of greats like Guy Clark, who colorfully endorsed her flatpicking: “Brennen Leigh plays guitar like a motherfucker,” and David Olney, who described her writing as “tender, violent, sentimental, foolish and wise, she is always Brennen. Confident and at ease with herself, without being a jerk about it. ”The Nashville based singer released her sixth solo album, Prairie Love Letter, on September 18th. The concept record, produced by Robbie Fulks, is an ode to her birthplace on the state line between Minnesota and North Dakota, a region not often immortalized in song. Rodney Crowell says of the album, “listen up and see for yourself how the music of an elegantly understated singer, songwriter, story-telling poet, landscape painter, passionate observer of the human condition, and cultural preservationist, enhanced by some of Nashville’s most intuitive players, just might boost your spirits during these troubled times.” “This is a collection of songs about my childhood home: the line between Western Minnesota and Eastern North Dakota,” Leigh says. “I’ve lived away for eighteen years and been homesick every one of them. ”It was in her home state of Minnesota that Leigh got her musical start when she began touring at age fourteen as part of a mandolin and guitar duet with her brother Seth Hulbert. While still in their teens, the sibling duo performed at the Minnesota State Fair, toured the United States from coast to coast, and opened a string of dates for bluegrass legend Ralph Stanley. The early “brother duet” style is still an obvious influence in Leigh’s music. “Don’t You Know I’m From Here” kicks off the album with an ode to going home—a familiar tale of expectation that nothing has changed. “Like the character in the Twilight Zone episode that’s able to time travel back to his childhood, I’ve learned that expectation only leads to disappointment and a feeling of loss. The song is my version of ‘The Rank Stranger.’” Other songs, like “I Love The Lonesome Prairie” evoke scenes of bucolic beauty: “Noel McKay and I were traveling to a festival gig in western Kansas and we witnessed the holiest and most surreal thunderstorm I’ve ever seen,” Leigh says. “The sky was purple, fading softly to dusk, and the clouds lit up with silent, pink lightning, like exploding rose quartz. If that weren’t magical enough, the coyotes were howling and the crickets were chirping. If you’ve ever stood out on the lonesome prairie and watched a thunderstorm roll in, then you’ll see why I love the lonesome prairie. “Outside the Jurisdiction of Man” speaks to a similar feeling of being beautifully lost in a setting, inspired by Willa Cather’s “My Antonia,” and the newly-orphaned main character’s move to his grandparents’ on the plans of Nebraska.

“The John Deere H” offers a tribute to Leigh’s dad, his first time on a tractor, and the value of telling family stories. “I love putting awkward farm equipment into poetry; a corn planter, a sickle mower,” Leigh says. “The song is told from my dad’s point of view to the best of my ability. I didn’t know my grandfather Willis, the father in this song, but I feel like I know him through my dad’s stories.” The character studies vary widely in range on Prairie Love Letter, but each story is a joy to listen to, including “The North Dakota Cowboy,” a childhood friend, or maybe sweetheart. “There’s a Yellow Cedar Waxwing On The Juneberry Bush” introduces anecdotes from Leigh’s grandmother. “Little Blue Eyed Dog” was written about Leigh’s dog, Bjorn, and his one blue eye and one brown eye. “Billy & Beau” is about three friends growing up on the prairie; at least one is gay, and the song speaks to the difficulty of being oneself at home. Still, while the album is full of love letters to the landscape and the characters who fill it, Leigh also speaks to issues in the area. “You’ve Never Been To North Dakota” tells the story of an 88-year-old woman forced out of her hometown due to corporate greed. “You Ain’t Laying No Pipeline” empathizes with the struggle over Native lands at Standing Rock Sacred Stone Camp in 2016. ”While I don’t claim to speak for the locals, especially the natural heirs to that specific piece of land, I empathize with them, and this song was born of tears shed for their struggle,” she says. Leigh’s wise-beyond-her-years perspective comes from her hard time on the road, and her accolades prove it: she is two-time Texas Music Awards Best Female Vocalist, 2018 Ameripolitan Music Honky Tonk Award winner, appeared as a finalist on USA Network’s Nashville Startelevision show in 2003, and most notably, was champion of the 1993 Vergas Loon Calling Contest as a child in her home state of Minnesota. On the 2008 critically acclaimed duet album Holdin’ Our Own, Leigh sang duets penned with country rockabilly giant Jesse Dayton, hailed by American Songwriter as “A combo of clever, contemporary country-wise originals.” In 2013, Leigh released the Gurf Morlix produced album Before The World Was Made, with her frequent songwriting and touring partner Noel McKay, which CMA Close Up called “Hilarious, sentimental and profound, usually all at the same time.” Leigh is a member of the band Antique Persuasion, a bluegrass side project whose 2015 album Don’t Forget Me Little Darling, Remembering the Carter Family, remains a modern day bluegrass radio standard. The same year, Leigh released a tribute to country legend LeftyFrizzell (“Brennen sings these songs with such exquisite love and passion…this album makes a brilliant vessel for her voice.” -Saving Country Music). She has been featured as an instrumentalist and singer on a myriad of releases by artists such as Jim Lauderdale, Rodney Crowell and James Hand.