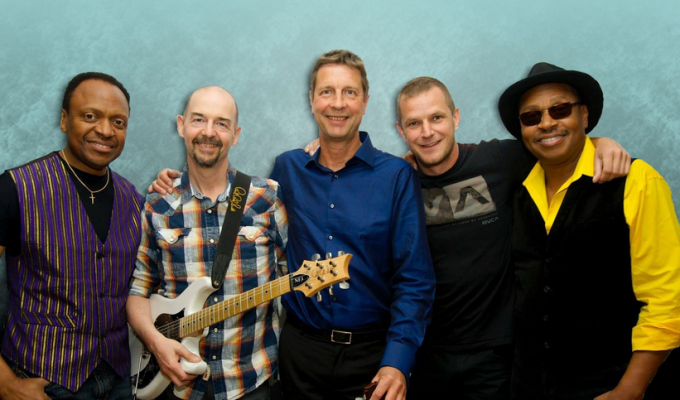 “It’s been quite a while since the release of the last album, and in that time an awful lot has happened.” is the opening line from Greg Carmichael’s notes for the band’s brand new album, 33 1/3,and never a truer word has been written. The last studio album from the band, ‘Roseland’, was released in 2011, followed by a live double album, ‘Live In London’, in 2014. “It has almost become a running joke, “ says Miles Gilderdale, “after every single show we are constantly being asked, ‘When’s the new album coming out?’ It’s nice to finally have an answer for them

For over three decades the band have been at the forefront of contemporary jazz, even if the band’s signature eclectic mix of styles has meant they have never comfortably fit snugly into any one genre; “We’ve had a lot of labels over the years,at the start there were all these names flying around like New Adult Contemporary, New Age music, and then it became Smooth Jazz, but we’ve never really thought about ourselves as being in any one particular genre. We just make music we like.” Says Greg, “At the core it’s always been about one simple concept: the sound of the nylon and steel guitars working together, but that leaves a lot of scope for exploring all sorts of musical ideas.”That is certainly the case with 33 1/3, and album which touches on Jazz(such as the track ‘A Little Closer’), Blues(‘Blues for Mr. Mu’ being a tribute to the late Steely Dan founder Walter Becker), Caribbean (the band have a long history of incorporating the sounds of the Islands into their songs, and ‘The Girl With A Plan’follows that traditionfrom such past hits as ‘Mr. Chow’ and ‘Jamaica Heartbeat’),Eastern (found in the opening track ofthe album ‘East of Babylon’)and even Classical music (‘Allemande’ and ‘Prelude in D Minor’two pieces that Greg has always loved playing since his early days at the London College of Music), and yet with all the diversity of styles, the album managesto still sound like classic Acoustic Alchemy, as Miles explains, “The band has changed a lot over the years, different personnel, different eras, different influences, but we always somehow make it sound like Acoustic Alchemy. I think every band tries to do that, to make something that’s new and interesting, but the fans still hear it and go, that’sthem!”