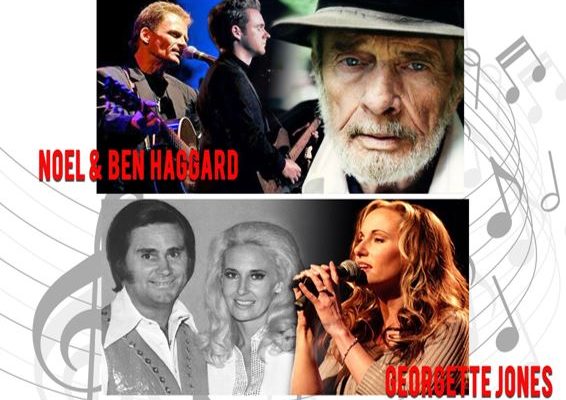 Georgette Jones began singing with one or both parents since the age of three. Jones recorded her first single with her Dad, “Daddy Come Home” when she was ten years old and performed it on an HBO special. Georgette truly kicked off her musical career working as a backup singer for her Mom. Through the years, she has appeared on TV shows such as Crook and Chase, RFD-TV and The Grand Ole Opry. Georgette is a songwriter and member of SESAC and the CMA. A highlight of Jones’ career was recording a duet with Mark McGuinn that was included on his “One Man’s Crazy” CD. Georgette tours Ireland twice a year, where she has developed a very loyal fan base, as well Europe and Asia. A duet entitled “You and Me and Time”, which Georgette co-wrote for her Dad, was released as the first single from her Dad’s last CD, “Burn Your Playhouse Down”, released in 2008. Georgette filmed a TV series entitled “Sordid Lives” starring alongside Emmy award winner Leslie Jordan (Will and Grace) and many other big stars such as, Olivia Newton-John, Bonnie Bedelia (Die Hard), Margaret Cho and more.