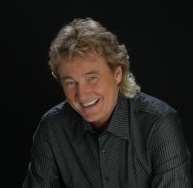 He gained a huge amount of all-around knowledge working at Lafayette’s La Louisianne label selling records and working in the facility’s sound studios. It was there that Raven first worked with the great regional stars such as Professor Longhair, Dr. John, Dale and Grace (“I’m Leaving It All Up To You”) and John Fred and the Playboy Band. The great Bobby Charles (“Walking To New Orleans” and “See You Later Alligator”) lived only a few miles away. He cut one of Eddy’s songs and became something of a songwriter mentor to the young writer/artist.

La Louisianne added Eddy to its roster and released his “That Cajun Country Sound”. This release led Opry star Jimmy C. Newman to invite Raven to Nashville. Acuff-Rose Publishing signed the young man as a staff writer and he went back to Louisiana determined to write a hit song. He met that goal writing “Country Green” and “Touch The Morning” for Don Gibson, and “Good Morning Country Rain” for Jeannie C. Riley. With the encouragement of Acuff-Rose’s Don Gant, Eddy made the move to Nashville to pursue his music career full-time.

Eddy’s attention to quality has paid off. He’s consistently at the top of the charts with music that often defies classification and is never run-of-the mill. This is an artist who, without sacrificing any musical integrity, has had No.1 songs such as “Bayou Boys,” “I Got Mexico,” “Shine, Shine, Shine,” “I’m Gonna Get You,” “Joe Knows How To Live,” “Til You Cry,” and “In A Letter To You.” Even his songs that did not hit No. 1 went on to become country classics. Take for example, the top-10 cuts, “Sooner or Later,” “Island,” “She’s Playing Hard to Forget,” “I Could Use Another You,” “She’s Gonna Win Your Heart,” “Right Hand Man,” “You’re Never Too Old For Young Love,” “You Should Have Been Gone By Now”, “I Should’ve Called,” “Who Do You Know In California,” and “A Little Bit Crazy.” In short, he has 30 ASCAP songwriting awards, 7 #1’s, 14 Top 10’s, and 22 albums to his credit.

Raven keeps a busy schedule writing, recording, and touring year round. In addition to offices just outside of Nashville that houses his interest in a studio and publishing companies; he is part owner of a retaining wall company, and stays occupied with his 11 dogs.