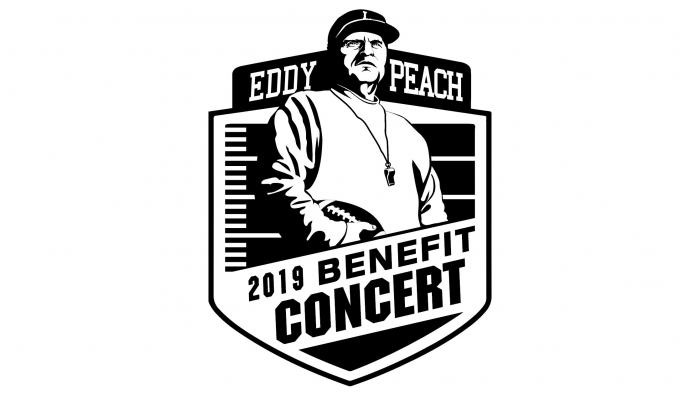 All proceeds go directly towards scholarships for AISD student athletes.

Eddy Peach Benefit Concert!
https://arlingtonhallofhonor.org/eddy-peach-scholarship
All proceeds go directly towards scholarships for AISD student athletes.
Presented by Arlington Athletic Hall of Honor Foundation featuring:
Jack Barksdale: 12 year old singer/songwriter from Texas. Jack started performing original music at the age of nine and has already shared the stage with Ray Wylie Hubbard, Walt Wilkins, Wade Bowen, Hayes Carl, and many more. Jack tours nationally and wows audiences with lyrics wise beyond his years. Jack plays guitar, slide guitar, harmonica, mandolin, and ukulele, but identifies first and foremost as a songwriter. www.Jackbarksdale.com
Lance Brown: not your typical artist. Lance is not only colorblind, but he completes his striking Christian art on large canvases in less than 6 minutes. As an accomplished Christian motivational speaker and performance artist, he uses his personal testimony and God-given abilities to share the gospel of Jesus with his audience. He began painting in 2001. He has touched the lives of people all over the world with his visual storytelling while he paints powerful works of art. www.paintedchrist.com
Karon Chapa: singer/songwriter from Arlington, involved in music and performance her whole life. Karon has performed with such organizations as Miss Mary Hardin Baylor Pageant, One Voice, NATS Competition, Teen Talent Follies, Miss Persis Dance Studio, & Martin High. Karon sings and plays guitar. https://www.facebook.com/karonchapamusic/
Jimmy Pitstick: singer/songwriter from Arlington Texas. Jimmy has been performing for & captivating Texas audiences since he was in high school. He has 20 plus years experience in guitar and performance instruction. Jimmy is the founder of Young Stars and Guitars-a live performance group for North Central Texas and the surrounding DFW area. Jimmy works with those who wish to find their way to the stage. www.youngstarsandguitars.com
Robynn Shayne: singer/songwriter from Austin, Texas. Robynn is a selfmade artist. Her brother Shane was the musician in the family and after his passing at the early age of 20 Robynn taught herself how to play the guitar. Shorty after started writing and performing. She’s a regular at some of the most iconic venues in Austin and has opened for Pat Green, Gary P. Nunn, Walt Wilkins, Cory Morrow, and Shooter Jennings this June. Robynn’s sophmore album, “Rebel Child” was released at the end of 2015. Her latest album, “Coffee Days and Whiskey Nights” was nominated for the TCMA Country Album of the Year in 2018. www.robynnshayne.com
Plus an after party that will feature live music, food from the Grease Monkey/Cartel Taco’s and a cash bar.