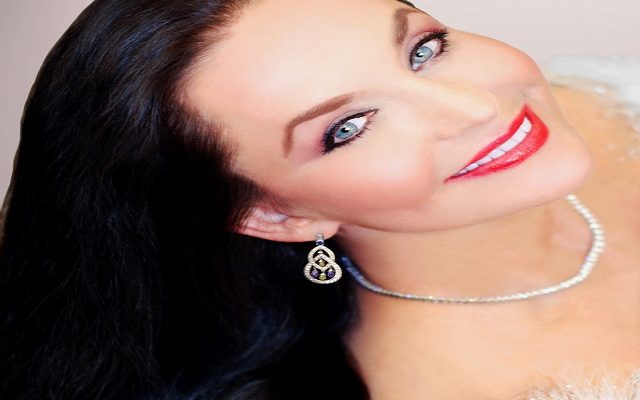 Crystal was inducted into the Grand Ole Opry as a member in January 2017 by her sister Loretta Lynn. The Academy of Country Music recognized Crystal with a 2016 Cliffie Stone Pioneer Award for her lifetime achievements in country music. And in 2009 Crystal was honored to receive her own star on the fabled Hollywood Walk of Fame.

These honors are fitting tributes to Crystal who has been a favorite of audiences of country and popular music since attaining national prominence with her first chart records in the mid-seventies. Renowned for her classic recording of her timeless signature song Don’t It Make My Brown Eyes Blue, Crystal also scored with her multi-format hits You’ve Been Talking In Your Sleep, When I Dream, Half the Way and her duet with Eddie Rabbitt, Just You and I. Crystal has released over twenty number one hits and has been awarded numerous times by the Grammy’s, the Country Music Association, the Academy of Country Music, the American Music Awards, and the American Music Operators Association.

Crystal encapsulates everything the dazzling qualities of her name imply — although that name came to her in quite an unusual fashion. “Crystal” was suggested by Brenda Gail Webb’s older sister, Loretta Lynn. Because there was already a ‘Brenda Lee’ on Decca records, Loretta suggested the name ‘Crystal’ for her younger sibling when she began recording on the label.

Once re-named, Crystal’s musical boundaries have since been seemingly limitless, as proven by her recent project “All My Tomorrows,” a mood influenced collection of American standards. Songs such as “Cry Me a River,” “Sentimental Journey,” “It Had to Be You,” and “Smile” somehow reach the heights their songwriters’ must have dreamed of when piped through the beautiful chords of Crystal Gayle. “These are songs any artist loves to sing,” said Crystal in a recent interview. “They’ve endured to become timeless classics.”

Strange to think of anyone as vibrant as the artist in question as a “timeless classic,” but that indeed describes the course Crystal Gayle’s career has taken.