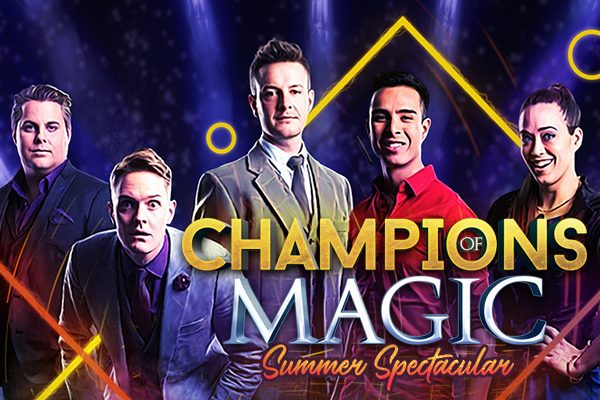 The 5 world-class illusionists that make up the Champions Of Magic return for their 2019 international tour following sold out shows across the globe, rave reviews and a run in London’s West End.

With over 20 million online views between them, this cast of top magicians includes international award winners presenting daring grand illusions, stunning close-up magic and incredible mind reading. Their skills have been seen around the world on TV with appearances on ‘Access Hollywood Live’, ‘The Next Great Magician’, ‘Good Morning Britain’, ‘Penn & Teller: Fool Us’ and ‘Caught On Camera with Nick Cannon’.

Broadway World described the cast as “5 of the world’s finest magicians”, NBC called Champions Of Magic “the most incredible show” and FOX said “that’s incredible… you guys are rock stars!”.

Champions Of Magic has been seen by thousands across the world, now is your chance to see why fans return to see one of the world’s biggest touring illusion shows time and time again.