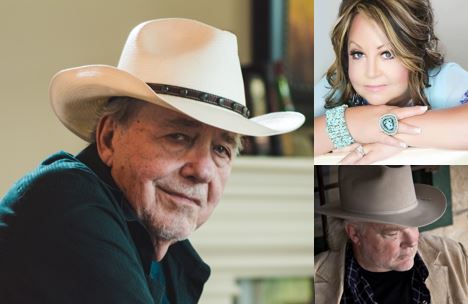 Country Music Hall of Famer, Bobby Bare is one of the most iconic country artists of our time, with chart-topping songs like “Detroit City,” “500 Miles,” “Shame On Me” and many more. Artists from Little Jimmy Dickens and Hank Williams to big band acts like Phil Harris and the Dominoes all influenced his unique style leading to nearly five dozen top 40 hits from 1962 to 1983.
The often referred to “Bruce Springsteen of Country” went on to earn multiple Grammy nominations and wins along with induction into the Country Music Hall of Fame in 2013 among many other awards and accolades. In 2017, Rolling Stone named him one of the 100 Greatest Country Artists of All Time.