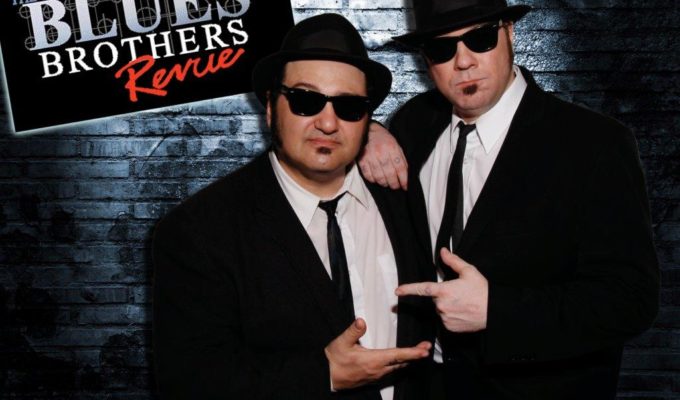 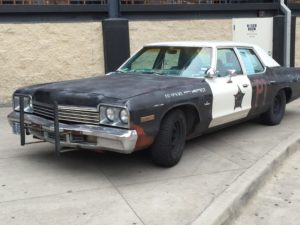 Texas Bluesmobile – Dallas’ ONLY recognized Bluesmobile replica from the 1980 film “The Blues Brothers”. This car has appeared at many blues festivals, Wrestlemania 32 in Dallas and was featured GLOBALLY on Fox Sports at Wrigley Field in Chicago to open the 2016 World Series Game 3.
The car has been signed by Dan Aykroyd, Jim Belushi, Steve Cropper, Murphy Dunne, Tom Malone and Lou Marini as well as Director John Landis who used the car at the 2015 Dallas Film Festival.

This live concert show combines the comedy and hits from the original movie and pays homage to Chicago’s rich history of blues, gospel, and soul music.

Hear all of The Blues Brothers classics such as “Soul Man”, “Rubber Biscuit”, “Sweet Home Chicago”, “Rawhide” and “Gimme Some Lovin’”.

Jake, Elwood and the band hit the right balance of humor, music and mayhem.

Upbeat and uplifting, The Official Blues Brothers Revue is fun for all ages. Featuring Wayne Catania as Jake and Kieron Lafferty as Elwood.