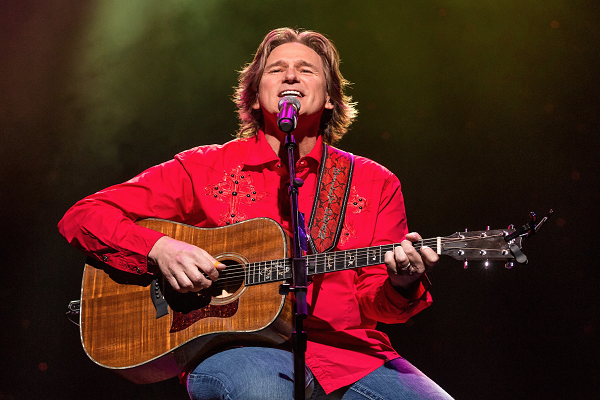 Tennessee has long been known throughout the world for its rich musical heritage; talented musicians from across the nation have traveled to Nashville to begin legendary careers that have earned Music City USA a reputation that is unsurpassed in the pantheon of American Music.

One such talented musician is Billy Dean, whose insightful songwriting, clear and distinctive voice, and masterful instrumental gifts have earned him accolades from many awards academies and countless devoted fans.

A native of Quincy, Florida, Billy was raised appreciating the value of music and has a diverse array of musical influences. After attending college on a basketball scholarship, Billy moved to Nashville in 1983 and by 1990 had recorded his first Top 5 Hit “Only Here For A Little While”.

Since then, Billy has transcended genres with his unique repertoire earning numerous awards, including: The Academy of Country Music’s Song of the Year “Somewhere In My Broken Heart”, ACM New Male Vocalist of The Year, BMI Pop Awards, BMI Song Awards, BMI Million Air Plays Award, Country Music Television Rising Star Award, NSAI Song of The Year, and a Grammy for a Country Tribute “Amazing Grace”.

Billy’s appeal reaches beyond the music world. He has appeared on numerous television shows as well as made-for TV movies, including: Blue Valley Songbird, A Face to Kill For, Lois & Clark, One Life to Live, Diagnosis Murder, Good Morning America, The Tonight Show, The Montel Show, and many others.

After twelve albums and eleven Top 10 singles spanning over a period of eighteen years, Billy has founded the publishing company BDMG (Billy Dean Music Group). Billy continues to make contributions to the Country Music world by building brands with music and empowering children, by being a spokesperson for Averitt Cares For Kids, and Sunkist’s Take A Stand Program.

His latest album “Let Them Be Little” was inspired by those closest to him, his two children Hannah & Eli, and his wife Stephanie. Billy’s illustrious career was recently recognized with a proclamation from the State of Tennessee House of Representatives.