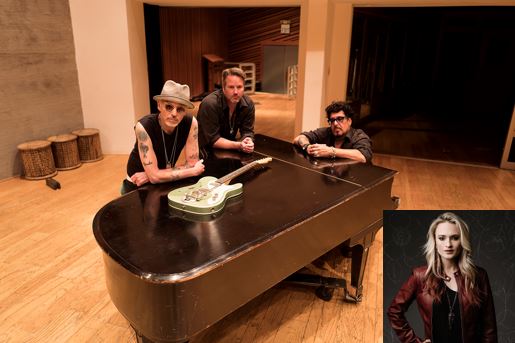 The Boxmasters team with legendary Producer Geoff Emerick for “Speck”

2017 & 2018 have seen The Boxmasters team up with legendary Engineer/Producer Geoff Emerick for an album that Geoff has called, “One of the most exciting projects I’ve worked on since The Beatles.”

Known for taking over the engineer’s chair on The Beatles albums “Revolver,” “Sergeant Pepper’s Lonely Heart’s Club Band” and more, Geoff added a familiar sonic touch to the sound of The Boxmasters, who have been unapologetic Beatles and British Invasion fans. His work on albums by Badfinger, The Zombies, America and Paul McCartney, among many others, have always been huge influences on The Boxmasters.

Sonically “Speck” touches on all of The Boxmaster’s influences, including The Beatles, The Byrds and Big Star but there are new sonic touches as well. Ukulele, Cardboard boxes and the Beatle’s famous “tea towels on the drums” trick pop up on songs throughout the album. “Geoff really did an amazing job on the mixing of this album and did it in a way that you recognize sounds you’ve known all of your life, but at that same time are in a new way. And I really loved being able to sit back and enjoy the mixes of an album instead of sweating every tiny detail of every song.” Says J.D. who typically mixes all of The Boxmaster’s material.

“Lyrically it deals with every thing from personal relationships to politics, social issues.

The theme being that we are all specks in this universe trying to navigate it, during trying times in the world we still have our own loves, desires, problems and dreams as individuals.” Says Bud. “We’re just little humans. No matter what our standing is in society”.

The always prolific Bud, J.D. & Teddy have also been working on finishing another long awaited project titled “And Then We Drove” as well as contributing music to an upcoming independent feature film titled “Spare Room.” Songs for the follow up companion to “Tea Surfing” have begun being written and recorded as well.

Bri Bagwell is real country music, and what country music should strive to be. She is an independent artist without a record deal, and without management. Her popularity is derived 100% by word of mouth and her raw talent. This grass roots effort is rare these days; it speaks to her infectious music and appeal.

She fell in love with music at an early age, and started playing in a band with her older brothers while just a teenager growing up in New Mexico. A couple of weeks after turning 18, she moved to Austin, TX to study at UT and begin her music career in the live music capital of the world. Late nights, rowdy Texas crowds, and being alone on stage with just a guitar shaped her onstage charismatic charm. She learned to gain a crowd’s attention with her beautiful voice, singing songs she wrote herself.