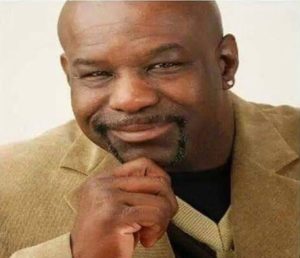 HOST- Mike Guinn is East Texas Native who has an international reputation as one of the most engaging performance artist and emcees in the world. He is very active with event promotions globally, and is known as the “High Energy Master of the Moment”.  Michael has hosted events for the past 18 years and is a veteran voice on and off stage. http://www.mikeguinn.biz

Holland K. Smith, born in Fort Worth, Texas about 1960, is a guitarist, songwriter and singer of Texas-style blues. The Holland K. Smith Blues Band was formed in 1994. Smith has a vast array of Blues and Country and Western influences such as Wynonie Harris, Bobby Bland, Chet Atkins, Pee Wee Crayton & many
others. http://www.hollandksmith.com

LJ Echols reines from Bassfield Mississippi, like many soul artist Echols began his career with Gospel Roots.Echols and his family developed a Gospel Group called the Echols Family, after the success of two albums LJ Echols decided to move to Dallas to pursue Rhythm and Blues.

Paul Byrd Band, brings their original, eclectic mix of Rock, Blues, and Soul to the masses. The infectious rhythms and soothing vocals are what sets this band apart from the rest making them an act not to be missed.

Lil Jimmie, Jimmie Forbish Jr. was born and raised in Beaumont Texas.  Showcasing musical diversity by the age of fifteen he discovered a passion for playing the base guitar, which attracted the attention of area bands, who usually called upon him for not only his guitar skills but his vocals as well.

Dylan Bishop is a DFW based blues singer.  He draws his inspiration from blues greats such as Johnny “Guitar” Watson, Mercy Baby, Frankie Lee Sims, Clarence “Gatemouth” Brown, and many others.  Dylan plays all around Texas and always leaves the crowd wanting more.   http://www.dylanbishopblues.com